Welcome to the Claim Solutions’ Newsletter for Summer 2003.

As indicated on page 4 the year closed with a variety of losses including fires, chemical spills, train collisions, lightning strikes, the sinking of a fishing trawler, mini tornado and the unfortunate chairlift collapse at Arthur’s Seat in Victoria.

We hope all those who sustained a loss experience a speedy recovery.

We are pleased to report that the Australian and New Zealand Institute of Insurance and Finance has chosen two articles from our previous newsletters for use in their Diploma course on Business Interruption Insurance and Business Pack Policies.

We look forward to providing our claims services to the insurance industry in 2003.
Your enquiries are always welcome.

The very public incident at Arthur’s Seat Chairlift in early January has highlighted the risks of such unforeseen events and the impact to the area. Media discussion has indicated the chairlift will be closed for some time with the possibility that it may not reopen. The chairlift is a recognised attraction to the area for international, national and local tourists.
The diminished revenue earning capacity of other businesses in the area should not be under estimated. If you are a restaurant or tourist attraction in the vicinity, the decline in patronage of the area may translate to a loss of profit.

A similar situation arises if a fire occurred at the premises of one business in an industrial estate, denying access to other businesses. Production ceased mid process, staff evacuated and it may be days before access is permitted because of the risk of hazardous chemicals or a flare up of the smouldering embers.

The undamaged business/s have policies covering Material Damage and Business Interruption, so everything will be okay right? Wrong!

The Material Damage proviso in the Business Interruption section of the policy says there must be insured damage to your property for the policy to respond.

In November 2002 two men on a small fishing charter in the Northern Territory were forced to jump into a crocodile infested river when their boat collided with a submerged log.

The marine claim for the boat damage was the furthest thought from their minds.
They were fortunate the crocodiles weren’t biting!

At 8am, Monday 2 December 2002, Ms Ruby Rosel of Rage Designs arrived for work to discover every garment from her exclusive women’s fashion store had been stolen.
Police investigations indicated unknown intruders forcibly gained access to the building, disabled back to base alarms and loaded a waiting truck with Rage’s stock.

Distraught, Ruby contacted her insurance broker and advised him of the loss. As expected her broker advised her the stock loss was restricted to a sub limit - but what about the loss of profit?

Rage was in the midst of the Summer fashion season for 2002/03 and the annual peak Christmas sales critical for cash flow was fast approaching.

Designers were now marketing stock for Autumn/Winter 2003 and the Summer 2002/03 fashions could not be replaced.

Rage was insured under an Industrial Special Risks cover. This responds to the Loss of Profit flowing from a property loss under the Material Damage section of the policy provided the event is not excluded.|

Burglary was not an excluded peril and the Loss of Gross Profit associated with the Summer 2002/03 season was calculated. The claim was settled.

Claim Preparation Costs - What is Covered? 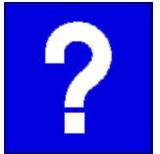 On 29 November 2002 a fire in premises operated by PDK Parts reduced it to rubble.
Loss adjusters attended, advised the cover was adequate and requested details of all reinstatement costs as incurred.

The insured contracted architects to draw building plans destroyed in the fire, a project manager to supervise the building works and accountant to re-create accounting records.
The client included the fees invoiced by these consultants in their claim under the heading of Claim Preparation Costs. They also included an allowance for time worked by the General Manager and staff for collation of documents associated with the claim.

The submission for Claim Preparation Costs was denied.

Appointment of a claims preparer allows management to focus on running their business. 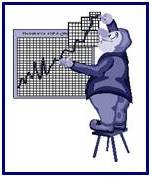 Business Interruption Insurance covers the Loss of Future Profits. As a result the amount declared on Gross Profit at the commencement of the renewal period must reflect the insurable Gross Profit expected to be obtained over the possible maximum indemnity period.

All these factors may substantially and unexpectedly increase sales mid term, before the annual review of the declared value.

If a claim arises an underinsurance penalty may apply.

The declared value on Gross Profit should be constantly reviewed and increased mid-term if necessary. 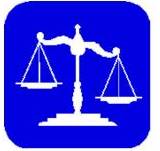 Following various fire and workcover investigations, liability for the loss was accepted by insurers.

Local council approved the plans after a number of changes were incorporated in accordance with the current building act.

The premises were rebuilt, equipment was delivered and commissioned and new staff were trained. Dry cleaning services re commenced in March 2002, 11 months after the fire.
However, as a result of the fire Herb’s industrial contracts including with the local hospital, two nursing homes and several restaurants had been renegotiated with a competitor.
The loss of profits for 12 months was paid by Insurers however, the loss, including additional costs extended well beyond the maximum Indemnity Period.

The Insurer had determined that the recovery action against the supplier was strong and asked the Insured for details of their uninsured losses. As there had been good communication with Insurers from the outset, the insured was aware of the potential for recovery and claims preparers had been maintaining a cumulative claim of uninsured losses. This provided insurers’ solicitors with a timely and detailed account which facilitated the positive recovery action.

Claim Solutions provides a specialist insurance claims service. Our firm is recognised as one of the leading practices in this field with both national and international companies featuring amongst our clients. Our aim is to provide an efficient, professional and complete claims service which responds to your needs in times of crisis.