What A Time It Has Been!

What a time it has been! Over the past few years Australia and New Zealand have seen a layering of natural disasters which has caused much damage and loss.  Inevitably it placed huge demands on the claims industry

It all seemed to begin in December 2010 and January 2011 with severe flooding throughout Queensland, compounded by much anticipation and a good drenching from Cyclone Yasi in February 2011.

Victoria had its turn with extensive damage caused by severe storms in early February 2011.

Western Australia did not escape.  Bushfires destroyed property around Perth in February 2011.

Already inundated with claims, the industry then lurched into action following the devastating 6.3 magnitude earthquake which struck the Canterbury region on New Zealand’s south island on 22 February 2011.

Before resolving the multitude of claims flowing from these events, Melbourne was hit with damaging hailstorms on Christmas Day in 2011.  Cars were damaged, roofs collapsed and property was destroyed.

Claim Solutions has been pleased to assist with the preparation of insurance claims from all of these natural disasters.  While not all are resolved some semblance of normality has returned.

This Newsletter focuses on the positives from disasters.  What worked for the Insured and what worked to encourage resolution of claims?

Page 4 of this newsletter contains a list of possible insured events which have occurred over the past quarter. 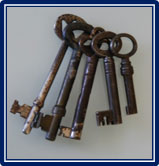 Here are five of the keys which unlocked solutions to many of the claims for natural disasters prepared by Claim Solutions over the past two years: -

COMMUNICATION is paramount.  The quantum of claims from natural disasters can often be significant running into hundeds of thousands or millions of dollars.  With the increased value comes an increase in the number of stakeholders; Managing Director, CEO, CFO, auditors, not to mention, multiple insurers, insurance brokers and loss adjusters.  Not only are there more parties all with a valid interest in the claim but they are often geographically spread either interstate or overseas. Communication between the parties is critical.

Regular structured meetings either in person or via teleconference with all interested people in attendance is essential.    Agendas should be prepared, discussions minuted, action lists prepared and distributed. Action lists should be reviewed for progress at the beginning of each meeting.

GOALS need to be established.  The ultimate goal is an amicable claim resolution.  Many policies of insurance provide for different outcomes. For example the Industrial Special Risks Policy provides for an Indemnity Settlement if property is not repaired or replaced or a Reinstatement Settlement if it is repaired or replaced.  The Insured’s intentions need to be clear to ensure all parties can work towards resolution of the claim.

FOCUS is required.  Previous newsletters have reported that opportunity can often arise from adversity.  Many Insureds often reinstate damaged property differently, and so they should.  Floor plans are improved. Buildings are enlarged.

A policy of insurance usually reinstates the property which existed prior to the damage, albeit with new materials and complying with current building codes.  However, any issues which arise purely because property is being reinstated differently are not relvant to the claim.  We must remain focused and only address the costs which would have been incurred if the property was reinstated to its pre loss configuration and to meet current building codes.  Sometimes we need to keep the blinkers on.

CASH FLOW is King. Floods can wash away shops and factories.  Eathquakes can shake livelihoods. When income producing property is destroyed cash flow can diminish or cease.  Businesses can very quickly fail.  Many insurance policies provide for progress payments to be made.  One of the keys to claims success is for progressive claims to be lodged and regular progress payments made to restore cash flow.

TABLE ISSUES promptly.  Issues cannot be resolved unless they are tabled.  Claims for natural disasters can often involve complex issues, different interpretations of policy wordings, uncertain applications of building codes, an intricate knowledge of the business and environment in which it operates. The opportunity for conflict is high.  It is crucial for differing opinion and/or issues to be tabled promptly to allow them to be resolved quickly and efficiently.

CONCLUSION.  These are just some of the keys to claims success.  We are available to assist you with your claims queries.

The volume of both residential and commercial insurance claims generated from the February earthquake has been unprecedented. The volume of claims are enormous.

As at July 2012 the Insurance Council of New Zealand reported that some 50% of commercial claims had been settled. It also reported that the insurance industry has paid nealy NZ$5 billion into the Canterbury economy so far.  This is a significant achievement considering that, ongoing aftershocks continue to plague the region hampering reinstatement, earthquake rebuilding codes remain unclear and the colossal number of man hours required to address the mountain of claims.

Claim Solutions have and continue to play an active role in the resolution of claims from this tragic event. 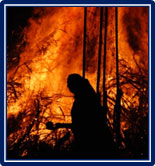 A long, hot summer had turned the earth to dust.  Drought had prevented water reserves from replenishing. It was early on a Sunday morning when thick, choking smoke in his bedroom woke him.  Heart pounding he discovered a fire burning on the ground floor.  Raising the alarm he, his wife and daughter had no option but to flee through an upstairs window, leaving all possesions behind.

The blaze quickly grew. Strong easterly winds fanned the flames to the hotel opposite where the fire quickly gained hold.  Embers spread igniting numerous nearby houses and businesses.  The conflagration continued over the following two long days leaving a trail of destruction.  Onlookers described the nights as “light as day”.  On Tuesday night the wind eased providing some respite.  Five days after it commenced, the fire finally succumbed to the fire fighters efforts.

To the dismay of all, the clearing smoke revealed more than 13,000 houses, 87 churches and numerous main buildings destroyed.  While one is too many there were, reportedly, only five deaths. Significantly some 200,000 people were left destitute.

This event did not occur in the 21st century.  Those who sustained loss and damage had no recourse to insurance!

The date was 2 September 1666, over three centuries ago.  The event was “The Great Fire of London”.  When the fire hit, insurance, as we know it, did not exist.

Today we are fortunate to have a fully evolved, integrated insurance industry.  Without it much of the developed world would not exist.  The insurance industry helped rebuild Victorian towns from the devasting bushifres of February 2009 and more recently the fires near Perth in 2011.

We should not discount the need for insurance  and the role we play in it.  Imagine a world without it!

At approximately midnight on Wednesday 2 February 2011 Severe Tropical Cyclone Yasi made landfall near Mission Beach on the north Queensland coast.  It was preceded by warnings from the Bureau of Meteorology, alerts from State authorities and evacuation oders.  It brought gale force winds, flooding, rain and storm surges causing widespread damage, and blackouts.

Roads were cut, rail links closed and towns isolated. While extensive, fortunately, the damage was not as significant as anticpated.

As at March 2012 The Insurance Council of Australia estimated the reserved and paid value of claims from Cyclone Yasi at $1.4 billion.

Insurance has been crucial to the re-establishment of towns and economies flattened by the Cyclone. 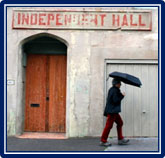 During the onslaught of disasters affecting our region we have seen an evacuated city, blackened factories gutted by fire and flood water lapping at the ceilings of others.

While the damage to property is significant this is not the most crucial component of the claims we prepare.

It’s people who need a place to live, somewhere to work and roads & rail links to provide them with access.

It’s people who must address the issues, interpret the insurance policies, assess the claims and recommend settlement.

It’s people who are integral to our claims.

Claim Solutions is available to assist you.